Four for the Future

A few weeks ago, we launched 'Four for the Future' the focus of our governance activity. The aim of this blog is to help all of our members and other users to help us campaign for what we believe are key components of best practice.

Diversity on the Board: New Approach is Long Overdue 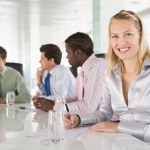 Earlier this month, the Financial Reporting Council (FRC) announced plans to launch a consultation on how to increase the number of female directors.

A report released in February by Lord Davies of Abersoch for the Department for Business, Innovation & Skills found women account for around 13% of directors sitting on FTSE 100 company boards, with that figure falling to a paltry 8% in the FTSE 250.

To redress the gender imbalance, Davies suggests chairmen set a voluntary target of 25% of women in the boardroom by 2015.