Boards Can Be Your Best Asset During a Recession 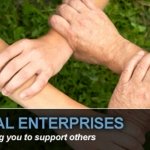 Does having a carefully selected board of directors and a good governance protocol really make a difference to the performance of a social enterprise?

In the current economic climate, good governance and an effective board is crucial to the survival of a social enterprise.

This may not be immediately apparent, particularly where a social enterprise has been operating successfully for a number of years without any real attention to good governance.